I’m an immigrant, however, I never felt that way growing up. I believed everyone was on the same playing field, and you excel based on merit. My self view changed when I eventually entered the job market. It was the first time in my life that I realized I was at a disadvantage.

In my story, I’ll give you a glimpse of the hardships female immigrants face when establishing their career in a foreign country. A story that many can relate to.

I was born in Pakistan and came to Canada when I was only 6 years old. My mother was a housewife and my father attempted to get a job in Canada. After many failed attempts he decided to continue his piloting career in the Middle East.

For me, life in Canada was fairly straightforward. Growing up, I focused on learning English, making new friends, and was sheltered from the difficulties of starting over in a new country. Since my entire schooling was in Canada, I didn’t have to make a great adjustment. I was confident that learning the language would level the playing field, and was raised to believe that success was in my control and based on merit. The saying was, “good grades will get you a good job”.

I continued to live life with that mindset. I earned good grades, got into Western University, and graduated with my name on the Dean’s list and a resume of extracurricular activities. Now, like any new graduate, I had to find a job and kick start my career.

I started off an immigrant and now I was an application number applying to job after job. I wasn’t getting anywhere, which I expected. I knew it would take time to land my first position. I began researching tips on how to make my resume stand out and write the perfect cover letter.

Eventually I asked my friends the same question everyone was asking “How’s the job search going?”. I expected it to be an ordeal for everyone, until my friend answered “I landed an internship at Deloitte”. I was thrilled, because this gave me hope that like her, I could also get my foot in the door at a great company.

When I asked her how she landed that position, she answered “my uncle got me in!”. I started asking around, and my friends that had been in Canada for generations had landed great opportunities or were in the process of speaking with a network of accomplished professionals.

Everyone’s parents or family members were able to get them opportunities that weren’t accessible to me. My parents didn’t have a career here due to a lack of opportunity and connections, and I could see the cycle repeating with me. That’s when I realized merit alone doesn’t level the playing field. It’s not always what you know, it’s who you know. While I was starting at ground 0, my Canadian-born friends were at the finish line of their job search.

Many companies prefer to hire people they know and trust, and as a result, talented applicants are often looked over. Employers are less likely to give you a chance if they only know you based on your resume. In fact, 60% of jobs are found through networking, not online¹, and 80% of new jobs aren’t listed but are filled internally or through networking². And while only 7% of job applicants get referred, referrals make up 40% of new hires³. Clearly, being well-connected is the most effective method to getting a job.

This posed a huge problem since like the others, I didn’t have a relationship with professionals that I one day aspired to be. So I began networking, hoping that it would eventually bring better results. That’s when I arrived at my second problem of….

I wanted to find a mentor who would guide me in my professional journey. I was connected with a male professional who was well-established in the HR industry. His insight was great, but we weren’t able to establish a rapport. He simply didn’t understand my life experiences, and I didn’t understand his. His sports references and male centric jokes would go over my head and I couldn’t relate during a casual conversation. Due to our great differences, I couldn’t envision myself in his position, nor could I see myself accomplishing all that he did.

My mentor also had another mentee whom he often spoke highly of. They were both men who rooted for the same sports teams, attended the same university, and had similar life experiences. Eventually this mentee’s phone conversations turned into lunches, golf games and job opportunities, whereas I was limited to 30 minute phone conversations every 2 weeks. And this situation isn’t out of the ordinary. A study at the University of California found that men’s career trajectories significantly improved when they switched from a female to male supervisor, including a 13% increase in pay, and this was due to informal male-to-male facetime that happened during activities like talking about sports.

This is because “inside every working anarchy is an old boys’ network”, the “in” group that has the power, control, and knows how things work. This quote by Mitch Kapor, an American entrepreneur, sums up the situation perfectly. Although there isn’t an existing authority or government inside an organization, there is still an “old boys’ network” that provides order. It exists in many realms beyond just politics, even if we don’t see it.

This “in group” culture has continued for generations. Historically, Caucasian men were often in charge, and since we naturally gravitate towards people that are similar to us, opportunities mainly flowed to similar men. In fact, a research paper from the University of Ottawa found that the higher up the income ladder you go, the likelier it is for the son to work for the same company as their father.

This effect has trickled into different industries, enabling only some to succeed while immigrants struggle even when they’re just as qualified. Now, Iet’s focus on some ways we can prevent issues like this from occurring and enable people to get ahead based on merit.

The first step to solving a problem is recognizing that there is a problem. Most often, people gravitate towards others who they can relate to. As a result, female immigrants with different life experiences are overlooked. We’re currently living in a world where there are more CEOs named John than CEOs that are women! Hence, there should be greater focus on having objective methods of assessing talent and an equal representation of interviewers when choosing a hire. This will ensure that bias is limited and candidates are selected based on their skills and experience.

Using technological solutions is a great start when trying to reduce bias and hire objectively. In today’s world, several A.I. platforms such as Knockri exist that have a dataset that is “full spectrum”. Meaning that the data is free of inherent bias and has equal representation of all types of applicants. So when quantifying a candidate’s competencies, the technology doesn’t account for an individual’s ethnicity, gender, appearance or sexual preference. Instead, it helps organizations funnel in candidates based on solely their merit.

Incorporating inclusion and belonging in your corporate culture means your employees can be themselves and feel valued and accepted for who they are. When diverse applicants are hired, it’s crucial to include them in decision-making and make them feel as though their diverse thoughts, feelings and perspectives are valued so they can grow. Many companies fail to benefit from their diverse talent, by excluding inclusion and belonging from the equation. If you have diverse employees who feel isolated and undervalued, they will be demotivated to bring their innovative ideas to the table. However, once an organization ensures their employees feel welcomed beyond just the recruitment process, they will improve retention and create products that appeal to diverse markets and even improve decision making.

I didn’t have an opportunity to fast track my career. I was an immigrant woman who struggled to get started, despite living in Canada for over a decade. These systemic barriers can affect us in ways we may not even recognize. Whether the issue is not being well connected, or navigating a career in a male dominated industry, it’s important that we uproot our current hiring methods so great talent isn’t overlooked. It’s time we enable equal opportunity so everyone can succeed. 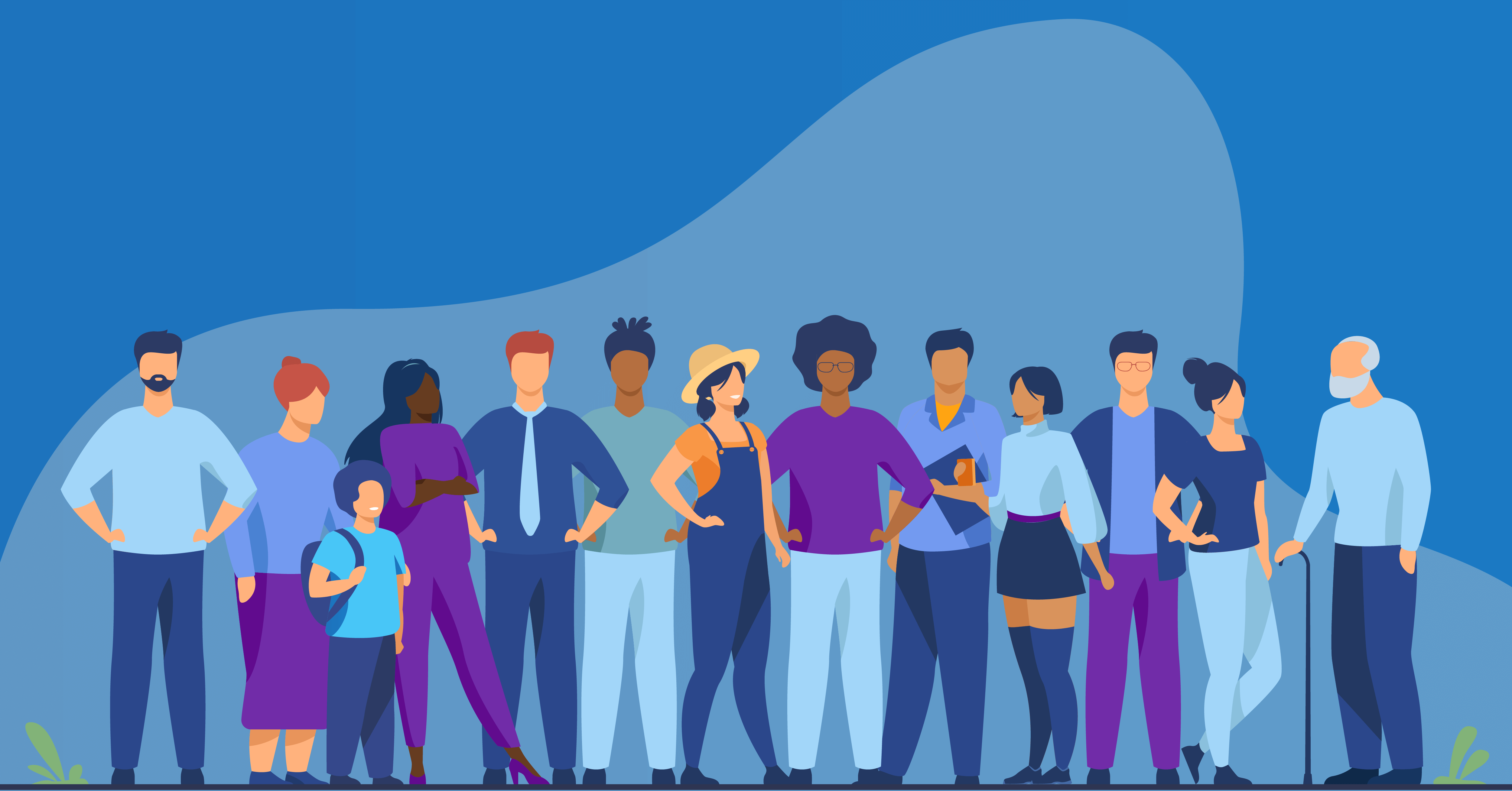 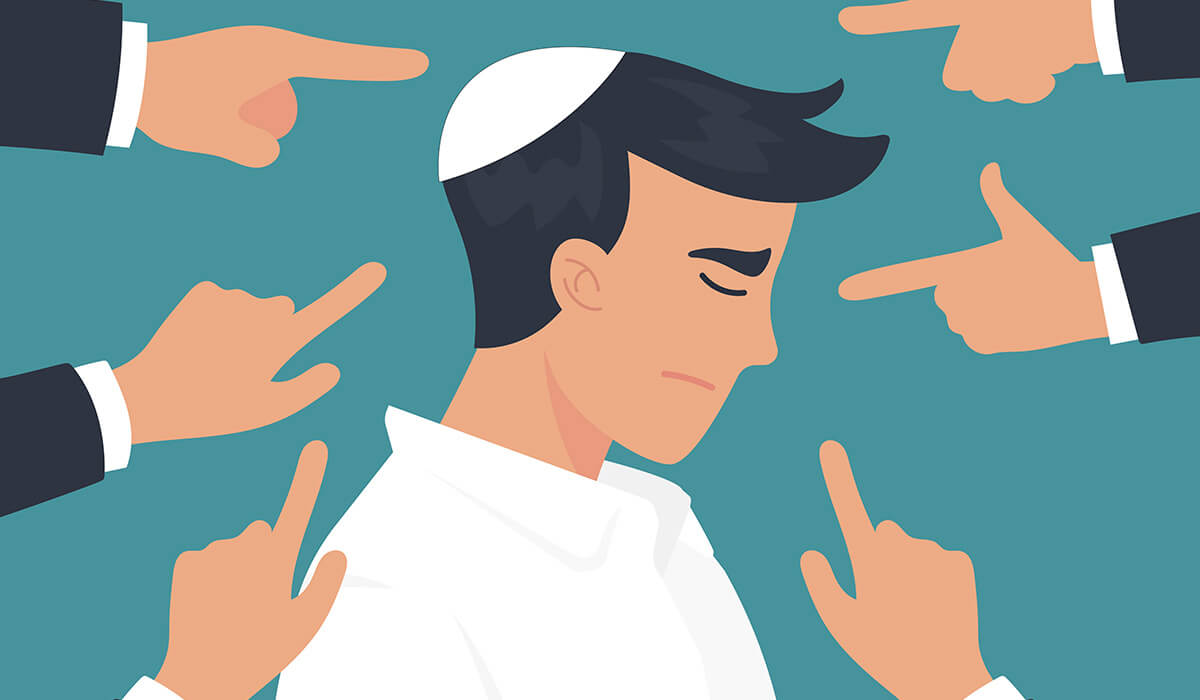 Jewish Discrimination and the Impact of World War II